We have been working hard to realise our first project as a company, a two-week research & development period exploring the brilliant 1960s play “The Star-Spangled Girl”, by Neil Simon.

We are fortunate to be collaborating on the project with the fantastic director Scott Le Crass and Volcano Theatre in Swansea.

There will be 3 work-in-progress showings at the end of our development period.  We invite feedback at these performances from as many attendees as possible.  To reserve a free ticket, follow this link to our Event Brite page: https://www.eventbrite.co.uk/e/the-star-spangled-girl-work-in-progress-showings-tickets-22533535411

“Set in 1960s San Francisco, the play revolves around the desperate attempts of would-be revolutionary magazine editor Andy to reach his publication deadline, juggling mounting bills and angry creditors.  When All-American Olympic swimmer Sophie moves in next door, Andy’s best (and only) writer falls helplessly in love, threatening the future of their magazine and their friendship.” 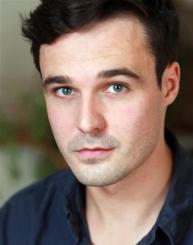 Jack trained at the Royal Central School of Speech and Drama.  He recently finished the run of A Christmas Carol alongside Jim Broadbent at The Noel Coward Theatre and wrapped shooting on forthcoming feature films Fantastic Beasts & Where To Find Them and The Jungle Book: Origins.  Other credits include War Horse, Metta Theatre’s Alice, docudrama Light, The Magic Flute at the ENO and A Dog’s Heart at the Opera de Lyon, both co-productions with Complicite.  Jack is highly experienced with performance capture and is core team at The Imaginarium. 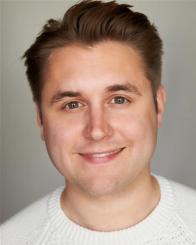 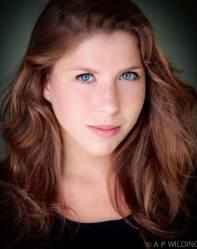 Charlotte Christie is an actress with Drama Studio London training and professional experience in film and audiodrama.  She is most noted for working with Oscar nominated director, Stephen Frears on the British comedy Tamara Drewe (2010) where she gained excellent reviews in the international press.  Since graduation in 2014 she has signed with Cole Kitchenn and worked with Big Finish Productions on Dr Who Audiobooks as well as Brass Works Theatre in Bristol.

Scott comes from Birmingham and originally trained as an actor at Arts Ed.  Having since moved into directing full-time as his focus, he was a director on the Birmingham Rep’s first Foundry Programme.

An Events and Business Management graduate, Nadia has worked within the events and stage management industries over a number of years, from stage managing theatrical productions and live gaming events, to opening ceremonies, corporate and fundraising events.  As an ASM, her credits include: Everyman Open Air Festival, 2015 productions of “Sweet Charity” and Shakespeare’s “As You Like It” (directed by the RSC’s Rebecca Gould).  She was Assistant Director and Stage Manager of 3Crate’s acclaimed production of “Blavatsky’s Tower” at Chapter, stage manager and co-ordinator for The Cowbridge Food and Drink Festival, overseeing 80 exhibition stands and over 15,000 visitors  and Stage Manager for the Opening Ceremony of the ICC Champions Trophy 2013 flag formation (Swalec Stadium, Cardiff).  As Zone Manager for Slingshot’s popular touring street game “2.8 Hours Later”, she worked in London at the end of their 2012 tour and on 2013’s “2.8 Hours Later: Asylum” tour in Birmingham and Cardiff. She spent three months as a full-time stage manager and co-ordinator at London 2012 (Olympic Park).  Nadia has extensive experience in stage management, technical theatre, set design and arts marketing on youth/community theatre projects, with Creative Industries (A company which created opportunities for people to receive training and support from professionals working in the industry), mainly based within the Sherman Theatre. 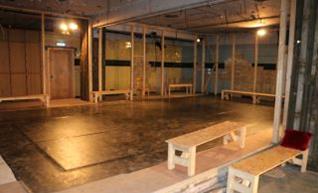 Volcano is a small, energetic, responsive arts company with an ability to move quickly and imaginatively to make things happen, and a track-record in inspiring and engaging others, working in partnership and setting big ideas in motion. They have been creating and touring high-impact professional theatre productions all over the world for over 26 years, as well as initiating and managing projects ranging from temporary building transformations to festivals, residential workshops, exhibitions, publications, public events and a sustainability summit.

The Iceland Building in Swansea is the home of Volcano Theatre Company. The Iceland Building hosts performances and events by Volcano, and a range of work by invited Arts & Performance Companies.  Their Bunker Theatre will host Axon’s Research and Development fortnight.  It is a large, adaptable, grungy but atmospheric space with the option of having seating configured in multiple ways.